Old pipes that have been in homes and buildings for years can potentially cause grave damage. There are many older structures within the city of Houston. The materials used to build them have withstood over many years. However, despite lasting for long periods of time, they will eventually need to be updated, especially if galvanized piping was used. Galvanized pipes primarily need to be replaced because it is common for them to rust from the inside out. Oftentimes, this goes unnoticed until the problem is much larger and harder to control.

There are a few signs that are important to pay attention to that can alert you if it’s time to a call PEX repipe specialist, including:

PEX repiping is an ideal replacement for galvanized pipes for many reasons, but especially since PEX pipes do not corrode like other pipes.

What is PEX Piping?

PEX is an acronym for Polyethylene (PE) that is cross-linked (X). It is quickly becoming the most sought-after repiping material due to the fact that it is very flexible, durable, and high-density. PEX offers top-of-the-line performance without the installation damage of other piping systems. 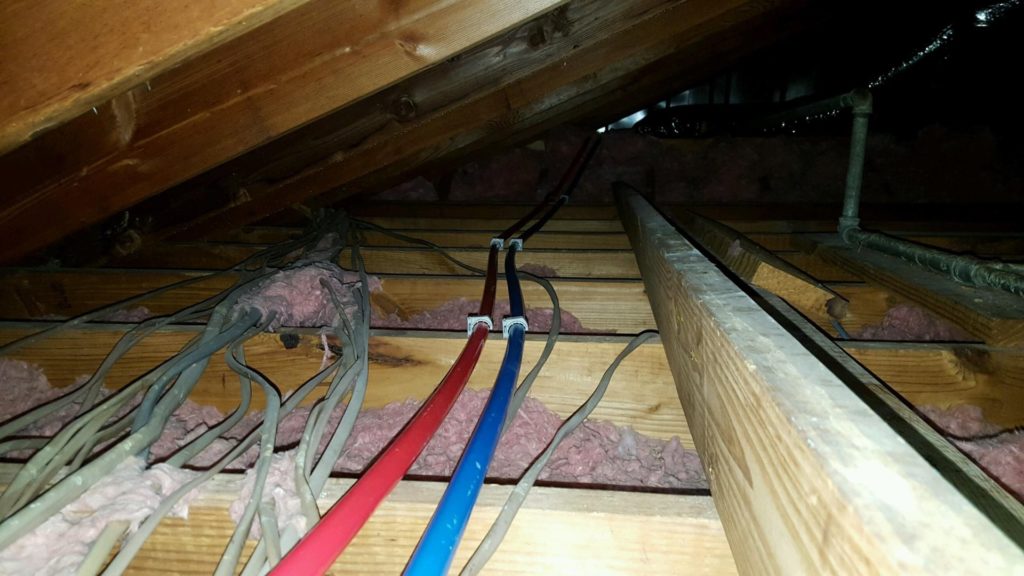 What are Some of the Primary Advantages of PEX?

What Are the Differences Between PEX Piping & Copper Piping?

Copper piping is another form of piping that is seen in many homes and buildings. There are a few important things to consider when trying to differentiate between PEX piping and copper piping.

Take a look at the break down to see how PEX piping and copper piping stack up against one another.

Schedule Time With A Repipe Specialist

The Repipe Company uses Uponor PEX. This is considered to be the superior PEX product out there when it comes to safety and reliability. We also offer 60-month interest-free financing and full turnkey services during our pipe installations, including sheetrock, texture and paint services.

Contact us today for more information on the advantages of PEX piping.

Check out The Repipe Company on Yelp

Get free consultation!
Go to Top